How a duo of exiled Montenegrin musicians became the four-piece force of nature it is today: read up on THE LOVE DICTATORS' history and browse a profile of each of the four band members. 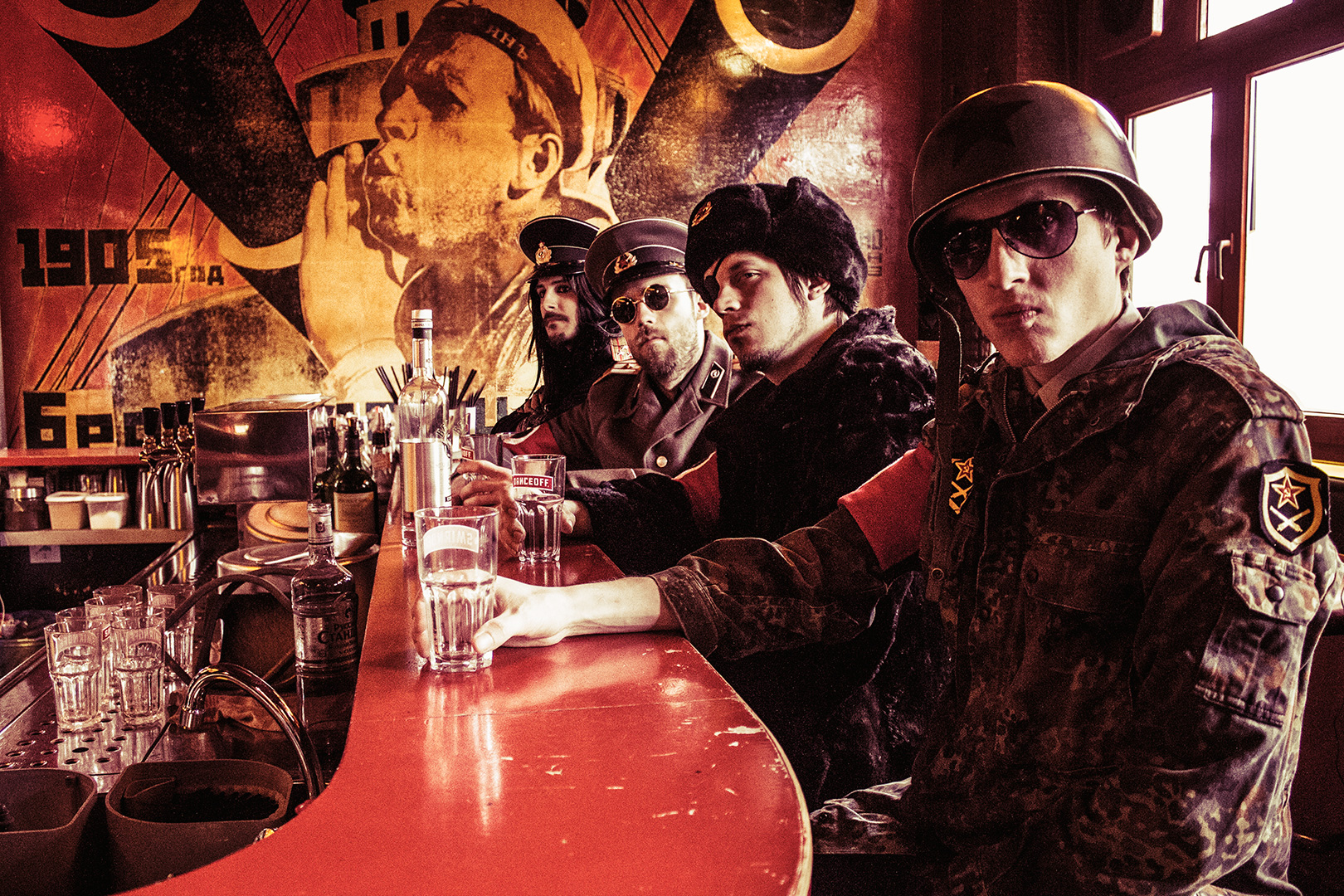 History of The Love Dictators

One of the men is DJ Vibeseeker, a Ukrainian-born Montenegrin rapper. His local fame brought him many a lustful night, but the womaniser is dissatisfied: there's got to be more to life than just that?

The other one, the self-proclaimed philosopher and connoisseur of fine arts Mary O.D., had his own share of disappointments. His previous band Odrezak just disbanded because of lack of artistic direction, leaving the singer and songwriter hungry for so much more.

Some hours and many vodkas later, an idea is born. Dance music, spiced with the great political ideas of Marx and Lenin all while paying due respect to their slavic roots and undying appreciation of the female physique. This night marks the dawn of a new genre: soviet flavoured eurodance music.

Quickly, DJ Vibeseeker and Mary O.D. find a name for their project — THE LOVE DICTATORS. And the duo starts working tirelessly: in the course of only a few weeks, a first EP comes to life, aptly called “HeartBEATS”.

But their homestead of Montenegro soon proves to be the wrong place to bring the former Yugoslav country back on the map. To further pursue their creative vision, they relocate to Germany, arguably Europe's central market of Eurodance music.

There, they are introduced to Sergeant Sergei, a Russian soldier-turned-DJ whose love of all things military is only rivaled by his love of hard-pounding beats. After some degree of experimentation, the newly recruited band member proves to be pivotal in shaping their future sound.

Together, the trio records their first full-length effort: a nine-track album named »DiscoBALLS«. And indeed, dance music has never been more ballsy, unrelenting and martial-yet-sexy.

A tour in support of their sophomore release soon follows. In shows all across Germany, the trio proves to be a favourite among punk, dark wave and EBM fans, earning festival slots and playing with punk legends like Slime and Wizo.

It is through this punk influence that DJ Vibeseeker starts investing himself more into politics. After re-reading the works of the great communist thinkers, he decides to devote his life to the communist revolution, rather than the quick and shallow gratifications of flesh.

This leaves a void in THE LOVE DICTATORS that doesn’t go unfilled for long. On a soul-searching trip through the former Soviet Union, they meet a lone wanderer by the name of Sir Stanislove. Revered by women far and wide and equipped with a voice like warm velvet, the trio invites his services and soon becomes a quartet.

After an extended break in which the band charges their creative juices (and other juices as well), THE LOVE DICTATORS are now back with a bang. With a new line-up, a new sound and a wealth of new influences, they are ready to release their sophomore record »Party for the People« on the date of their tenth anniversary, May 20th, 2017. With the pre-released single »Raise Your Glass« and new media including a new music video, prepare yourself for an all-new LOVE DICTATORS experience.

So watch out: They're here for love — and they don’t take »no« for an answer! 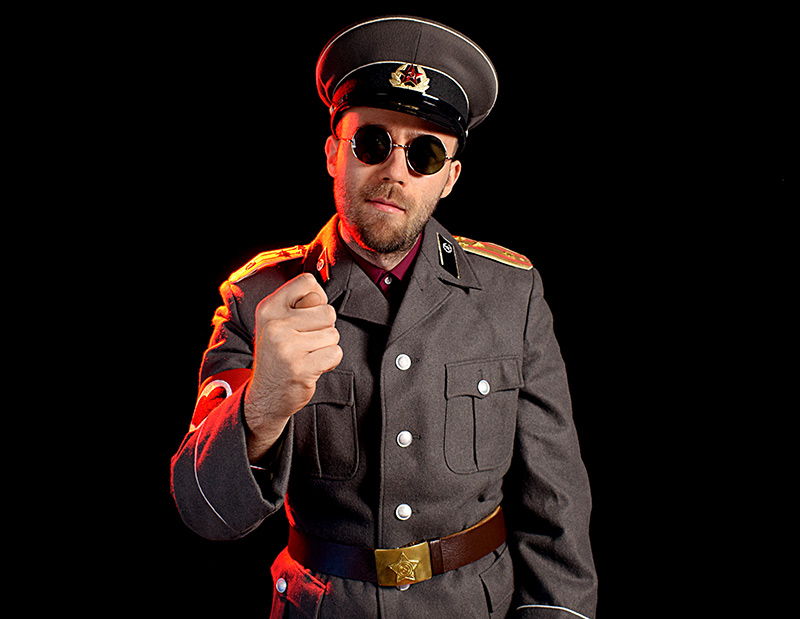 Anton Matanović aka DJ Vibeseeker is the band’s ideologue-in-chief. Back in the day, when he performed in the underground clubs beyond the Iron Curtain, he mostly rapped about his chance encounters with women far and wide — of which there were many. And while his near-insatiable lust certainly influenced THE LOVE DICTATORS’ early sound, he soon discovered there was more to life than wine, woman and song.

Fuelled by the ideologies of Marx, Engels and Lenin, he now devotes his time preaching the sermon of communism in the way you’d expect from him: with wit, style and razor-sharp delivery. 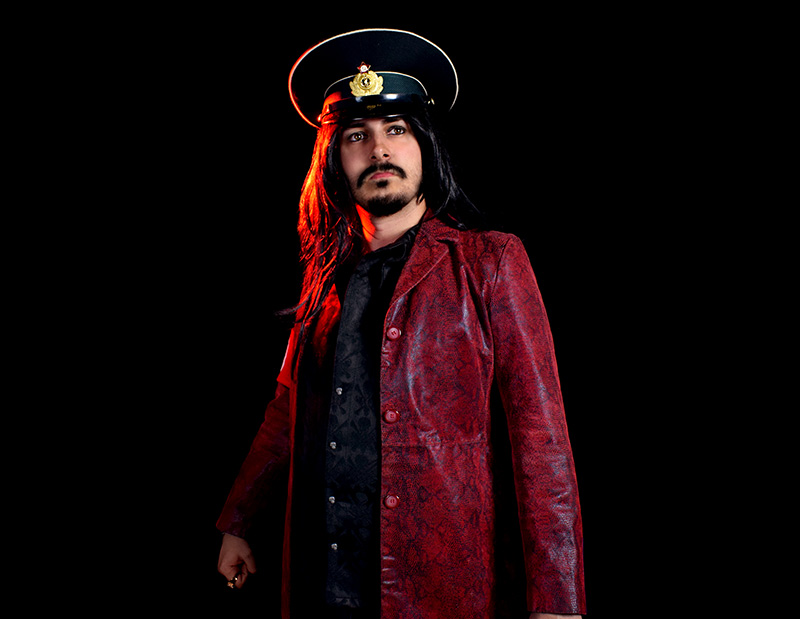 Marek O. Danilović — best known by his nom de plume Mary O.D. — doesn’t deal in anything less than superlatives. And if your goal is to be the world’s best vocalist, you can’t cut corners. Dissatisfied with the unprofessionalism of his previous projects, Mary O.D. holds a tight reign on THE LOVE DICTATORS as the band’s lead vocalist and songwriter.

While some may call him eccentric — and the self-proclaimed gourmet of fine arts does indeed pursue a rather lavish lifestyle — his angel-like voice and chartbreaker-in-the-making songwriting are indubitably the backbone of THE LOVE DICTATORS’ sound. 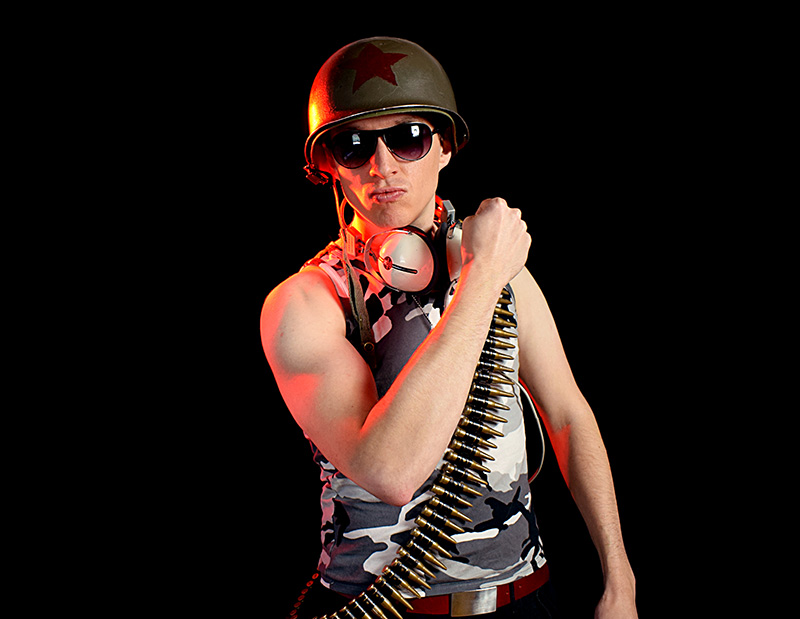 If there’d be one emotion to best describe Sergeant Sergei, it would be pure, unadulterated anger. His service in the red army and the endurance of the Dedovshchina turned the once timid Moscow-native Sergei Barbarov into the unyielding one-man-army he is today. Luckily for THE LOVE DICTATORS, his peerless love for militaria is reflected in the martiality of his beats: thunderous drums that sound like machine gun salvoes, razor-sharp grooves that cut like a combat knife and synth soundscapes as clear as Moskovskaya — if the others are the brains of the band, Sergeant Sergei is definitely the brawn. 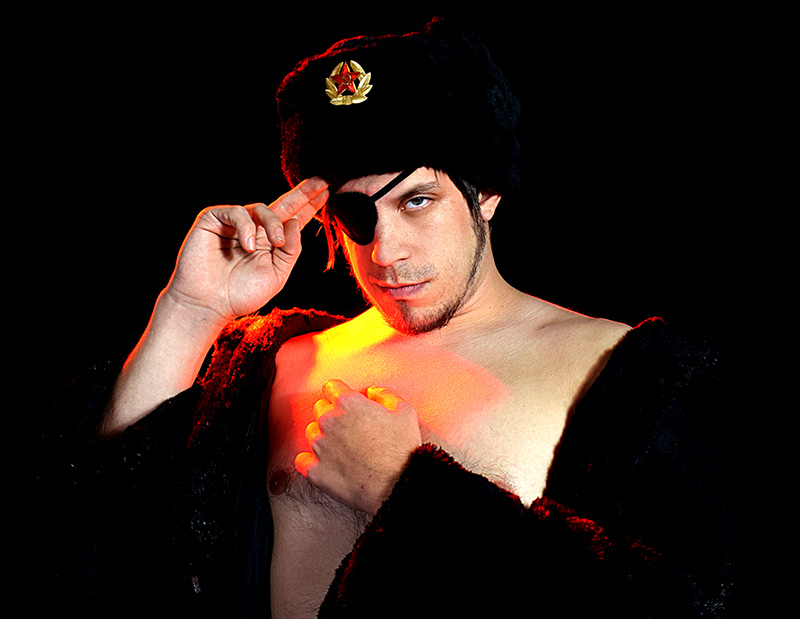 Ask any woman north of Moscow and she’ll have heard of Sir Stanislove: be it his charming demeanour, his lean and well-equipped body, his velvety voice that makes even the most uptight woman purr in delight or his dreamy eyes — sorry, eye — Stanislav Nikov is a lover extraordinaire. Born and raised in the cold, lifeless toundra of Siberia, he had to become one with nature before he (on many occasions) became one with the fairer sex. While there are many mysteries surrounding him, one thing is clear: as chief narrator and background vocalist, he puts the love back into THE LOVE DICTATORS.

So brace yourself, women: sexy’s back and this time, he wears fur.

In their ten-year history, THE LOVE DICTATORS have played sold-out festivals, clubs, rock venues, weddings, living room parties and birthdays. And we'd love to play for you.