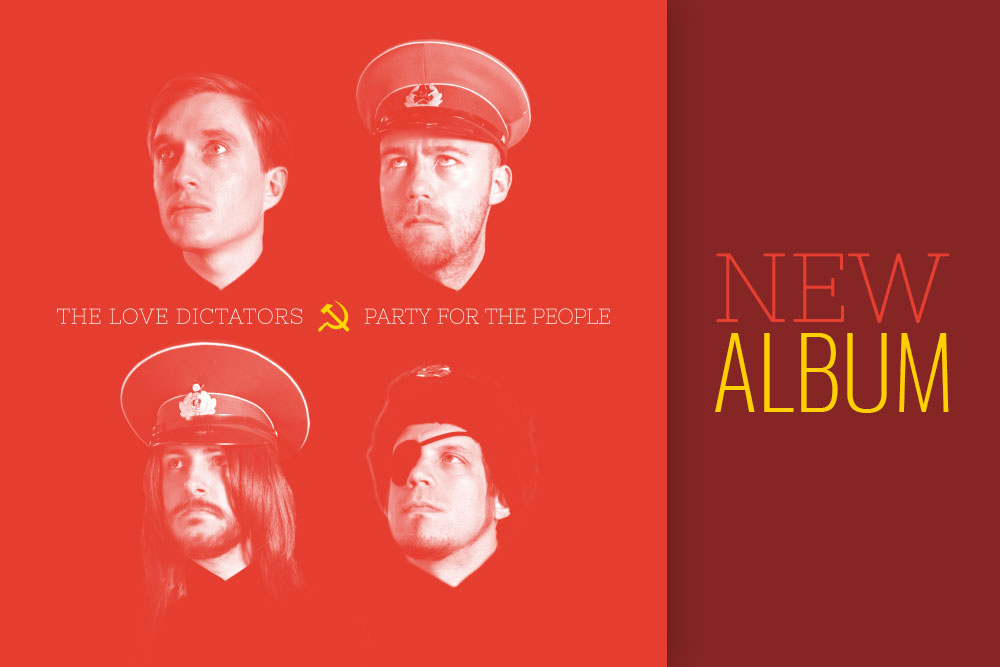 it has been a long time since our first full-length record, »DiscoBALLS«, was released to the masses. After eight long years of hard labour — as well as countless bottles of vodka that warmed our hearts and souls — we are now incredibly proud to announce that our sophomore record, »Party for the People«, will be released globally on May 20th, 2017.

The album will be released in various forms:

For further details about the release, such as credits, track list and ordering details head to this page. We will also announce special packages or merch deals at a later date.

The day of the album’s release will also mark our band’s tenth anniversary. Yes, it was on May 20th, 2007 that THE LOVE DICTATORS first broadcast their sermon of revolution into the world! To celebrate the occasion, we have decided to bring an epic night of love, dance, and camaraderie to Klangstation, Bonn, Germany. This is not an event you’ll likely want to miss, as our triumphant return to the stages will truly be a night to remember! Head to the event’s page for more details.